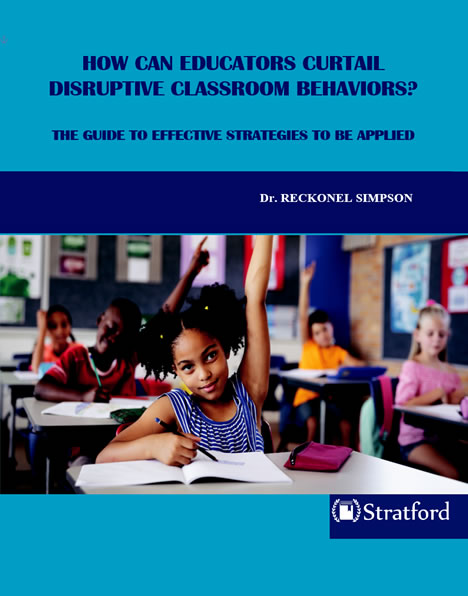 Reviewed by: Stratford Peer Reviewed Journal & Book Publishing.
To get a copy of this book: Contact Stratford Publishers
Email: info@stratfordjournals.org

Reviewed by: Stratford Peer Reviewed Journal & Book Publishing. To get a copy of this book: Contact stratford on email: info@stratfordjournals.org

Rose and Gallup (2005) alluded that disorderly conduct in the formal school system has been lingering for a number of years and as a result, has been a cause of concern for the school systems for several years. Akey (2006); Barriga et al., (2002), studies highlighted that those classrooms in which students were consistently disrupting class time teaching actually achieved poor academic results due to less teaching engagement time and these disruptive students as a result, scored lower in their tests when compared to those who were not disruptive during class time. The cost associated with controlling disruptive behavior exhibited in classrooms is an important factor to be considered as the problem seems to be escalating among our students (Herschell, 1999)..

There are no reviews yet.